SYN-020 is a recombinant version of bovine Intestinal Alkaline Phosphatase (IAP) produced under cGMP conditions and formulated for oral delivery. IAP is an endogenous enzyme expressed in the upper small intestine. Preclinical studies have shown that IAP detoxifies inflammatory mediators found in the GI tract, tightens the gut barrier to mitigate leaky gut, serves to diminish both gastrointestinal (GI) and systemic inflammation, and may promote recovery of the gut microbiome after damage by antibiotics or other interventions.

The diverse mechanisms of IAP action indicate that SYN-020 may have utility in a broad range of therapeutic indications stemming from inflammation of the GI tract. In addition, SYN-020 may potentially diminish low-grade systemic inflammation, which is believed to exacerbate metabolic syndrome and accelerate the progression of diseases associated with aging. A Phase 1 single-ascending dose (SAD) study of SYN-020 is currently ongoing and a planned Phase 1 multiple-ascending dose (MAD) study is anticipated to commence during the third quarter of 2021. Both studies are intended to support the development of SYN-020 in multiple potential clinical indications, including celiac disease, nonalcoholic fatty liver disease (NAFLD), radiation enteritis, and indications to treat and prevent metabolic and inflammatory disorders associated with aging. 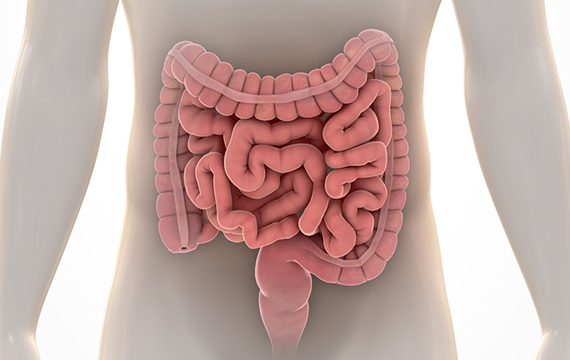 IAP plays an important role in detoxifying inflammatory mediators, reducing GI and systemic inflammation, tightening of the gut barrier, and promoting a healthy gut microbiome. Despite its broad therapeutic potential, a key hurdle to commercialization has been the high cost of IAP manufacture. Synthetic Biologics has overcome this hurdle and has the ability to produce SYN-020 at a scale and cost viable for clinical and commercial development as an oral product.

Celiac Disease: As an initial clinical indication, Synthetic Biologics is developing SYN-020 for the treatment of celiac disease. Celiac disease affects approximately 1% of the U.S. population and is characterized by an intolerance to gluten. Currently, there are no FDA-approved therapies to treat celiac disease and disease management predominantly relies on lifestyle modifications and adherence to a strict gluten-free diet.

Clinical manifestations include both gastrointestinal and systemic symptoms. Mechanistically, SYN-020 may be well-suited to improve clinical outcomes when combined with the proper diet. First, by bolstering the gut barrier, SYN-020 may block the initial step of gluten entry into the intestinal wall. Second, through its anti-inflammatory activities, SYN-020 may serve to attenuate the immune response to the gluten peptides. Finally, patients with active celiac disease have been shown to have reduced levels of endogenous IAP, presumably because the disease damages the intestinal villi that normally produce IAP. Thus, SYN-020 in celiac patients could potentially supplement and correct their low endogenous IAP levels.

Radiation Enteritis: Synthetic Biologics has completed preclinical studies showing that orally administered IAP can protect the intestinal tract from damage caused by radiation and believe that SYN-020 may play a role in mitigating the intestinal damage caused by radiation therapy that is routinely used to treat abdominal and pelvic cancers. Enteropathy secondary to radiation therapy used to treat abdominal and pelvic cancers remains a growing and largely unmet medical need. Pelvic and abdominal irradiation is used more than 300,000 times annually in the U.S. resulting in 60-80% of radiation-treated cancer patients suffering from acute bowel toxicity.

Additional research recently published by Dr. Hodin’s laboratory demonstrated that as mice age, on a normal diet, they develop the same features of barrier dysfunction, systemic inflammation, and metabolic syndrome. Furthermore, continuous administration of oral IAP starting at 10 months of age (middle-age for a mouse), lessened these changes and substantially extended the normal lifespan. Finally, these investigators examined human intestinal fluids and found that endogenous levels of IAP decrease with age.

Nonalcoholic fatty liver disease (NAFLD): NAFLD is also an indication with a high unmet need. It is estimated that the worldwide prevalence of NAFLD is anywhere from 6 to 33%. In the U.S, NAFLD is highly prevalent with an estimated prevalence of approximately 30% in the general population. NAFLD is strongly associated with metabolic syndrome. And, like celiac disease, no approved pharmaceutical therapies are available to treat this illness and disease management is dependent on lifestyle modification.